The renowned documentary film director Petra Seeger presents her first feature film "Vatersland" in the competition at the Biberacher Filmfestspiele 2020, with leading actors Stella Holzapfel, Bernhard Schütz and Matti Schmidt-Schaller in the cast. Petra Seeger was internationally successful with her documentary film "In Search of Memory" about Nobel Prize winner Eric Kandel. In her feature film "Vatersland" she deals with her own past as an adolescent girl in a post-war society dominated by men. Perceptive, feminist and at the same time incredibly entertaining! Nationwide release is in spring 2021. 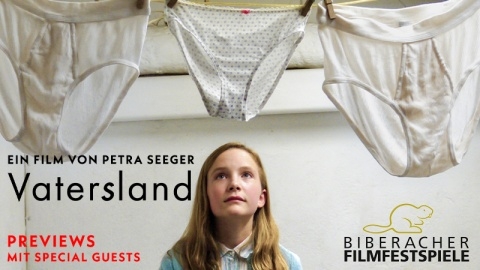 More about the film

Filmmaker Marie is in crisis. "Why don't you write a new script?" was her husband's well-meant advice. If only it were that simple! When one morning a box full of photos and film footage from her childhood arrives at her door, Marie embarks on an emotional journey through time from the bourgeois economic miracle world of the 50s to the sexual revolution of the 60s. With the gaze of her father, a passionate photographer, she once again encounters the early death of her beloved mother, her puberty, suspiciously eyed by her father, and her deportation to a Catholic boarding school for girls. A youth marked by constant rebellion against the muff of the post-war years and against a society that expected one thing above all from girls: to smile beautifully at the camera and by no means to direct it herself!